What are they and how can they benefit your company?

Since the Paris agreement reached at COP21 in late 2015, business climate action has increased significantly, and despite recent political events in the U.S. and abroad, we expect this trend to continue.

Historically, companies have shown their commitment to managing climate change by setting public goals to reduce greenhouse gas (GHG) emissions. While approximately 80% of the 500 largest globally listed companies have already adopted reduction targets, recent climate science indicates that most of these goals are not aggressive enough to truly impact global warming. In the latest assessment report by the Intergovernmental Panel on Climate Change (IPCC), the most prominent body outlining potential impacts associated with climate change and actions required to mitigate these impacts, identified a scenario that it anticipates will mitigate the most severe impacts of climate change by limiting global warming to an increase of two degrees Celsius above pre-industrial levels. This scenario sets a global emissions limit that cannot be exceeded over the next several decades and can only be achieved with concerted effort from public and private sector entities across the globe.

The concept of science-based GHG targets, or targets that consider the scientific consensus about mitigating climate change, is a solution to a growing company need to establish and achieve more aggressive GHG reduction goals. According to the Science-based Targets initiative (SBTi), a consortium of NGOs led by CDP, the United Nations Global Compact, World Resources Institute and World Wildlife Fund, science-based targets are those “in line with the level of decarbonization required to keep a global temperature increase below two degrees Celsius, compared to pre-industrial temperatures as described in the Fifth Assessment Report of the [IPCC].”(1) At an individual company level, science-based targets reflect that company’s share of required global emissions reductions. 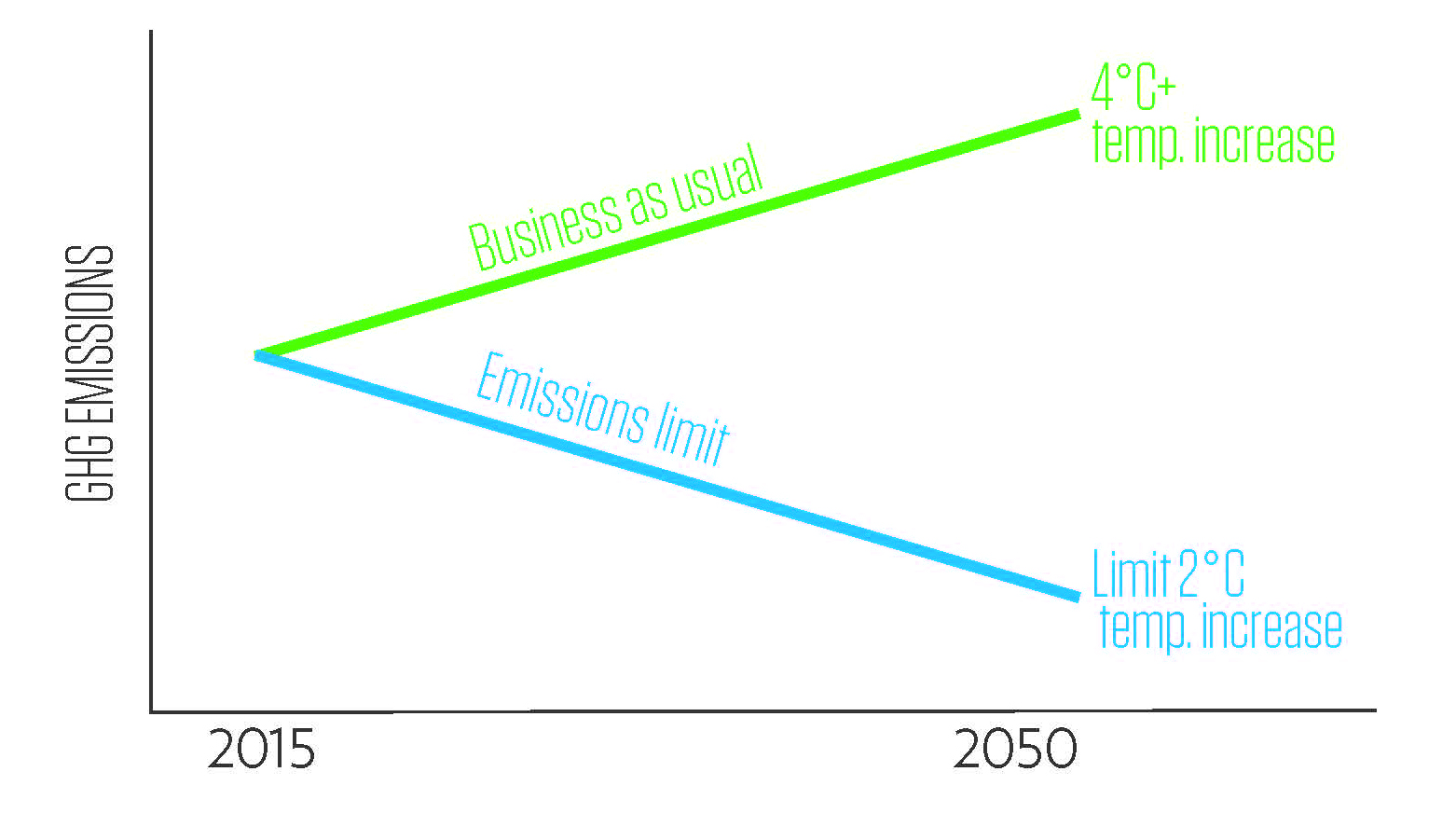 In advance of COP21, many companies recognized the need to reconsider past GHG reduction goals, transitioning to more aggressive, science-based goals that align with climate science and show strong commitment to reduce global warming. At COP21, over 100 global companies made public commitments to adopt science-based targets. As with all environmental goal setting, science-based targets should be structured in a way that clearly outlines both the commitment itself and context on that commitment. Examples of a conventional GHG target, and one that is science-based, are included below.

Establishing a science-based GHG target has a myriad of benefits – it can focus a company’s attention on efforts needed to reduce emissions, acting as a rallying point to get all levels of the company involved, frame the concept of sustainability in more tangible terms to internal and external audiences, and even differentiate a company from its peers. A science-based target can add structure and credibility to a company’s existing GHG reduction efforts, elevating it to a leadership position within its respective sector.

To date, more than 200 companies have now made public commitments to adopt science-based targets and companies across sectors have published and/or gotten approval for their targets by organizations such as SBTi. For more information on science-based GHG target setting, please visit our website at wsp-pb.com/sustain.