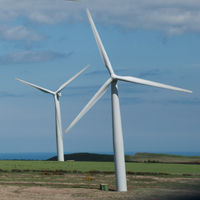 Although the global economy grew by nearly 3% in 2015, global energy-related carbon emissions remained constant, according to the International Energy Agency. Some of this is due to efficiency improvements and a significant contributor is the slowdown in China’s economy, but the main factors are the change in our energy supply with more focus on renewables and a switch from coal to natural gas as a fuel source, as explored in Part One of this series. Consensus about the necessity of carbon emissions reductions was formed at the 2015 United Nations Climate Change Conference (COP21) and formal targets were outlined by countries at the 2016 Conference (COP22) in Marrakesh. To reach these aggressive and necessary targets, there are three possible levers: 1) Reduce consumption of energy services; 2) Maintain level of energy services – even increase it – but do so while improving energy efficiency; and 3) Increase use of